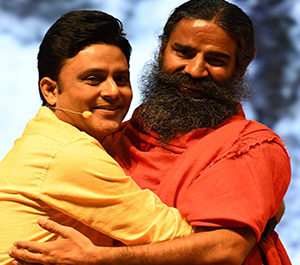 Internationally renowned celebrity Astrologer, Vastu Consultant, Motivational Speaker, Life Coach, Actor, Anchor & Author; Dr. Sundeep Kochar has touched the lives of people across the globe; from Captains of Industry to Film Stars, from Cricketers to Politicians. Sandeep Kochar has appeared in many TV shows worldwide such as ‘Bach ke Rehne’ on Zee News, ‘Guiding Star’ on ARY Digital (Dubai), “What’s your Rashi” and ‘Kismat Ke Sitare’ on Zee TV. ‘KKS’ has completed 2740 episodes – a first in TV history; viewed in more than 120 countries. He is the only astrologer to be registered in the ‘Limca Book of Records’ for hosting the longest running astrology show ever on a national Television.

Dr. Sundeep Kochar is the only world famous Astrologer in India who did US Elections wins predictions of Barack Obama and Donald Trump based on their respective horoscope.

He is the mentor for many institutes & organisations such as INIFD & Miss India Worldwide; to name but a few…

He has been felicitated with an Honorary Doctorate Degree from a U.K based university.

His latest show, “Kismat Connection Sandeep Kochar ke saath” on ‘Sahara One’ at 9pm IST, is again one of a kind show on TV which depicts real life stories through the eyes of astrology. Sandeep is the protagonist of this unique show…

He is involved in many social work programmes through www.astrocharity.org

← Prev: Sundeep Kochar becomes the first astrologer to speak at the House of Lords Next: Prediction 2021 | Karma with Dharma is the Mantra for Success in 2021 →

This Saturn transit, Moon sign Cancerians should have an interesting experience. Saturn is debilitated in Cancer and...

You may go on a long journey and there will be separation from your family either for work or business matters. This...

You will see increased activity in occurrence of sudden events. Your mind will be focused more on occult sciences or...